Excerpt from Brighid My Book of Shadows.
ISBN 978-3-934978-21-8
Weel of the year Witches Sabbath
The Weel of the year, also called witches sabbath,
are 8 evenly distributed stations
in the cycle that the sun traverses in one year.
They are divided into four sun rituals (Solstice Sabbath)
and four moon rituals (Moon Esbat).
The sun rituals are distinctive at the
Celebrated turning points of the sun,
like equinox and solstice.
The moon rituals are exactly in between.
So it turns out that every 6 1/2 weeks
an annual festival takes place.
We start the cycle for the Jul ritual on December 21st,
the day of winter sunsets,
because this is where the returning light is celebrated.
With the birth of the sun, the pregnancy of nature begins
and that is the beginning of all life.
Samhain, Yule Festival, Imbolc, Ostara,

From Samhain Halloween the darkest time of the year begins,
full of myths, superstitions and legends.
The nights of Hecate, goddess of the underworld,
are on November 7th, 16th and 30th.
On these nights you should be at crossroads,
with the request for assistance and goodwill,
Sacrifice food and smoke out the apartment.
Use a reversible on these nights
or Uncrossing candle from Magic of Brighid,
and the accompanying Magic of Brighid Reversible or Uncrossing Oil.
To bind and transform evil spells.
Our ancestors used to have their fingernails cut off on these nights
and brought hair to a crossroads,
to offer them to Hecate.
Then no wicked witch can use them against you.
Hecate is one of the most misunderstood goddesses of antiquity,
around which there are many misinterpretations and misinformation.
She gets mostly on her dark aspect of the old woman
reduced at the crossroads.
However, their original role was much broader.
She was a "great goddess", the moon mother, queen of heaven,
Mother of all life and she represents
one of the oldest versions of the triple goddess.

The rough nights or smoky nights, twelve nights.
In European customs
have a special meaning.
December 24th is mother's night.
Rough nights always went from night to night.
Beginning of the 12 Rauhnächte from December 25th to January 5th
Our ancestors believed that in the nights
"between the years"
the ghosts bypassed, dead souls return and
Demons wreak havoc.
to rest in the night of January 6th at the end of the rough nights.
That is the time that is also referred to as “between the years”.
There are special rules.
Laundry is not allowed to be washed these days,
if you want to keep misfortune, suffering and death from the house.
On New Year's Eve peas should be eaten porridge,
so in the next year wealth and prosperity will return to the house.

The end of the rough nights is the night of
5 on January 6th with the Perchtenlauf.
What to watch out for during this time
The animals in the barn can speak properly on these nights,
but only Quatember children (clairvoyant) can understand them.
You shouldn't hang large pieces of white laundry in or on the house,
it can quickly become a shroud in the next year.
During the first half hour of the new year
if you lock the front door and only leave the back door open,
so that happiness comes in through this.

It is advisable to have a plate of pastries and a glass of milk
and put a few coins on the windowsill.
This is how the ghosts passing by will be tuned.

Sun festival July 21st December (winter solstice)
To celebrate your Yule ritual at home,
you can use the Yule candle from Magic of Brigid
use with the Magic of Brigid Yule oil.

Jul means wheel, the wheel of life.
Wheel of the season.
Overcoming death in nature.
Awakening life that is not yet visible
Pregnancy, resurrection, rebirth
Shortest day and longest night.
Beginning of the new cycle in the cycle of life.
Returning sun, the end of descent
Birth of the new light.

EN-Happy New Year.
You are welcome to watch all videos of Brighid
and Witch Circle
embed and network everywhere.
Thank you and the
Blessings of the ancient goddesses and gods
from Brighid

On January 6th, all Christmas decorations should be gone,
this is the only way to get rid of contaminated sites from the past year.

Particular attention should be paid to the first customer,
who comes into the business.
If you are an old woman, the year will be financially tight.
Is it a young woman or a child
the balance sheets will be good.

You shouldn't slam doors loudly, otherwise it could be
That lightning strikes every year.

If it is very foggy these days, the next year will be wet.

If you hear the New Year bells bright and clear,
next year will be a very special year.

When a young girl slices an onion
and sprinkled it with salt, it will be in the night
dream of their lover to come.

Mrs. Holle, who has a preference for hardworking people,
likes to see the house neatly tidy and clean during this time,
but she wants us not to work these days
but rest and gain new strength for the new year.

You lubricate and clean door locks and bolts during the Christmas

Eve ring, one can hope for wealth. 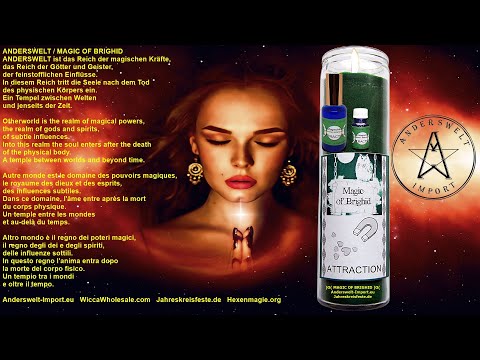